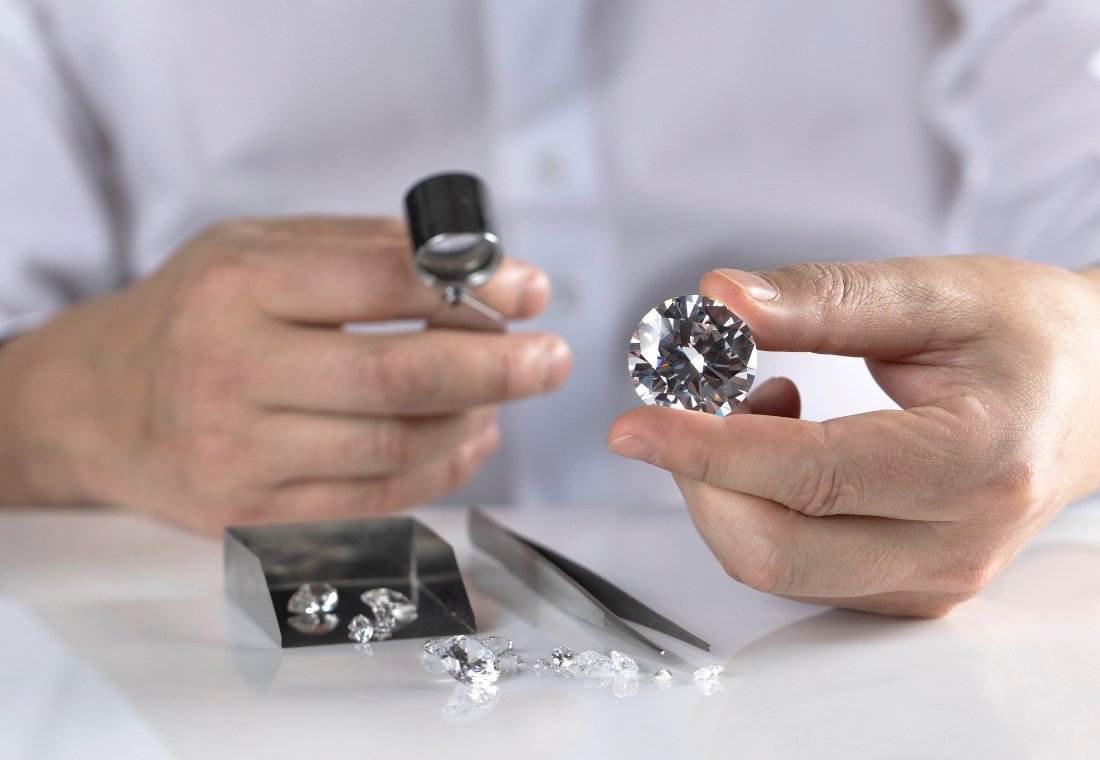 Why Are Diamonds So Expensive?

Diamonds are pricey, yet they are the most sought-after gemstones in the world. But why are diamonds so expensive, what is the exact reason for such high prices, and why are people ready to pay the premium for the best quality diamonds? Let’s find the answers.

To understand if diamonds are rare or not, we have to determine what diamonds are. Diamonds are the only gemstones made of a  single element. They consist of 99.95% carbon and 0.05% trace elements which are not part of a diamond’s essential chemistry but can influence its colour and crystal shape.

Carbon itself is a common mineral in nature, but to form a diamond, it needs to be subjected to the extremely high temperature and pressure that naturally exist deep inside the earth, in the mantle. Under these conditions, each carbon atom forms a strong bond with four adjacent carbon atoms for billions of years and gives us diamonds.

After the diamonds were formed, some were brought to the surface through volcanic eruptions millions of years ago. Many diamonds remain intact embedded in the solidified ingenious rocks. Others did not survive the journey and broke apart because of their atomic structure irregularities or the presence of large inclusions. It follows that diamonds are not rare. However, we cannot reach quadrillion tons of diamonds lying deep beneath the surface of the earth. The earth has a lot of diamonds, but we cannot dig this deep to get them.

Statistically, every year we mine about 120 – 130 million carat diamonds globally in the diamond mines. Only a relatively small amount of diamonds which is less than 1%, comes from above the ground and not from a mine. As you can see, we mostly depend on volcano eruptions to find diamonds in diamond mines.

It may seem that millions of carats of diamonds mined yearly are enough to consider them common gemstones. But the thing is that these millions of carats do not all end up in jewellery. Most diamonds found in nature are low-quality and are only used for industrial purposes. Only a small per cent of all diamonds mined globally is of jewellery quality. The stones you see in jewellery stores have already been sorted out of mined diamonds according to several criteria that make them sellable and relatively expensive as a result.

Why Are Diamonds So Expensive?

Diamond mining is a complex and expensive process. It adds another layer of complexity if diamond mines are in frozen terrain or remote areas. Challenges always add cost.

Only a small per cent of all diamonds mined globally is suitable to be used in jewellery. The ratio of jewellery-quality diamonds to ore varies from mine to mine, but, as a general rule, miners should process about a ton of rock to get a piece of rough diamond weighing half a carat which often produce a 0.25-carat faceted diamond.

While many diamonds are widely available and relatively affordable, fine-quality diamonds, those with high colour and clarity are rare and expensive as a result. Most diamonds mined come with noticeable yellowish tints, and only a small percentage of them can be classified as colourless or near-colourless. Moreover, even stones with faint yellowish hues are rare to find.

The majority of diamonds found in nature contain lots of inclusions, and it is hard to find a stone with only a couple of visible flaws. It is hard to find a diamond with either a good colour or good clarity, and it is even harder to find a stone that has both. Depending on the mine, miners should process about 100,000 tons of rock to produce a single piece of rough that might be cut into a 1-carat D Flawless faceted diamond.

Other factors that play a huge role are size and craftmanship. If you check the prices for diamonds of different carat weights, you will notice that the bigger the stone, the more pricey it is per carat. The reason is that bigger diamonds are harder to find than smaller ones. The bigger diamonds that have both high clarity and good colour are even rarer.

To be prepared for sale, rough diamonds are cut, faceted and polished. To exhibit maximum brilliance, the stone needs to have ceratin proportions which determine the quality of the cut. Besides, diamond cutters try to maximize carat weight while keeping the stone’s clarity possibly high.

Often, it is not possible to cut a diamond and keep it highly proportional, clear and large at the same time. Achieving an optimal balance between cut, clarity and carat weight is not an easy task, which is why proportional stones that are big and clean are rare and expensive.

How Advertising Creates a Demand for Diamonds

Diamonds are unique and rare gemstones that have been desired for centuries, even before the invention of advertising. The diamond love affair started in India, where they have been gathered from the riverbanks. Diamonds have always been coveted by the wealthy and traded as early as the 4th century BC. By the 1400s, diamonds became a fashionable accessory for Europe’s elite, and the discovery of new diamond mines in Brazil in the 1700s continued to fuel the desire for the gem.

In the 1870s, miners began discovering huge veins of diamonds in South Africa. As diamonds had quickly become a pretty common commodity, mine owners realized they should make a new plan if they want to keep the high price of the gem. In 1888 several major South African mines merged to form De Beers Consolidated Mines, Ltd. The merge gave a chance to effectively control the flow of diamonds from South Africa onto world markets. As a result, diamonds became rare and more valuable, so their popularity as the gem on engagement rings began to rise.

In the late 1930s, De Beers rolled out another brilliant marketing plan. They turned to New York advertising company N.W. Ayer for help in convincing Americans that they desperately need diamonds. The agency got Hollywood’s biggest stars to wear diamonds and encouraged leading designers to talk up diamond rings as an emerging trend. The plan worked beautifully. In the first three years of the campaign American diamond sales increased by 50%. This was one of the most effective campaigns of all time.

In 1947 De Beers launched another campaign for diamond engagement rings with the slogan “A Diamond is Forever”. The campaign was meant to make diamonds with their brilliance and unbreakable chemistry, emblematic of the eternal commitment of marriage.