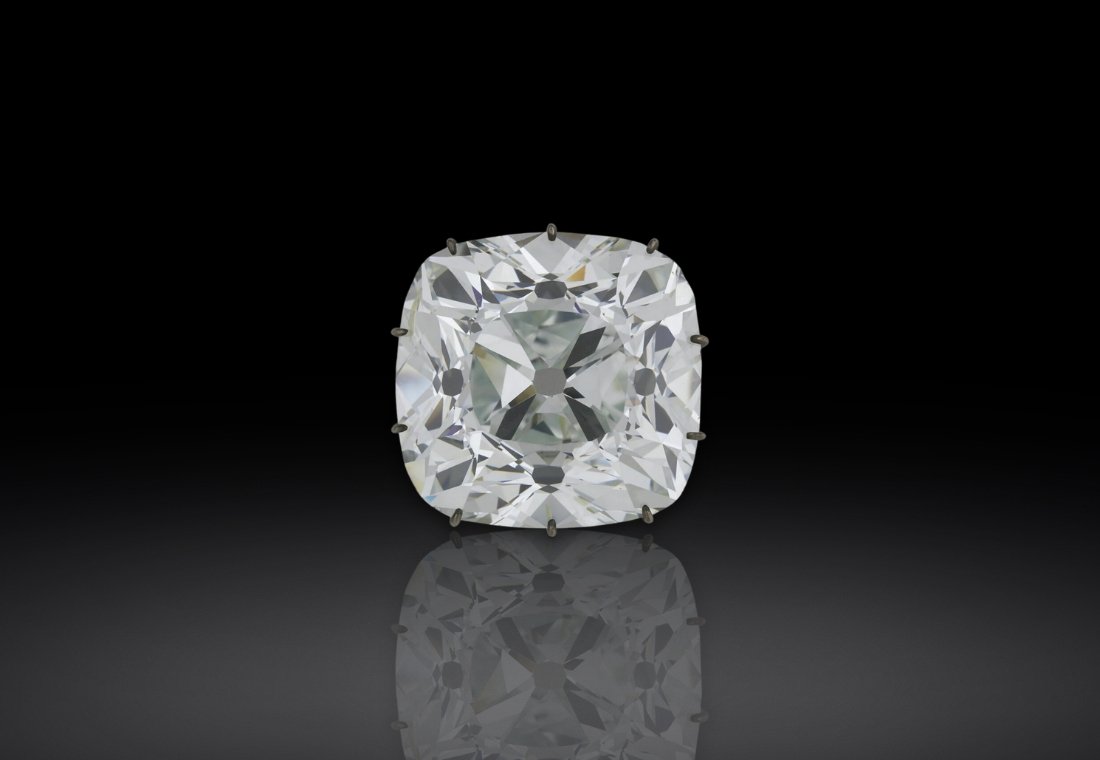 The Regent Diamond is one of the legendary gemstones with a truly fascinating history that began more than 320 years ago. Like many of the world’s famous diamonds, the gem accompanied by rumours, greed and murder never ceases to intrigue and attract.

Origin of the Regent Diamond

The history of the Regent Diamond, also known as the Pitt Diamond, Pitt’s Diamond and le Regent, traces back to late 17th century India, where it is believed to have been discovered by a slave in the alluvial diamond mines of Golconda sometime between 1698 and 1701.

According to morbid myths surrounding the gem, the slave who discovered the enormous pale blue diamond, weighing 410 carats in rough, smuggled it out of the mines, concealed within the bandages of a self-inflicted wound. The slave reached coastal areas where he met an Englishman who was a captain of a ship and offered him 50% of the proceeds of the sale of the stone if he helped him escape from the country.

After the slave boarded the ship to Bombay, the captain decided to acquire the stone for himself, murdered the slave and throw the body overboard. Once the vessel reached Bombay, the captain found an Indian diamond merchant named Jamchand and sold him the diamond for about £1,000. Afterwards, according to the legend, the captain, in a state of severe depression from the crime, committed suicide by hanging himself.

The Regent Diamond and Thomas Pitt

In 1702, Jamchand sold the diamond to the British Governor of Madras Thomas Pitt for an estimated £20,000.

Later, between 1704 and 1706, Pitt got the diamond cut in London by a diamond cutter Harris. The cutting process took about two years and cost £5,000. The smaller stones cut from the original rough were purchased by Emperor Peter the Great of Russia for about £7,000. The large cushion-shaped brilliant cut diamond weighing 140.615 carats (28.123 g) was called the Pitt Diamond and turned out to be one of the most brilliant and finest diamonds in history. It is the 7th largest D colour internally flawless diamond and the 2nd largest cushion-shaped D colour diamond in the world.

After returning to England in 1709, Thomas Pitt started looking for buyers for his exceptional diamond. In 1717, the gem was sold for about £135,000 to Philippe II, the Duke of Orleans, appointed Regent after King Louis XIV after his death in 1715. Since then, the diamond was known as the Regent Diamond.

During the French Revolution, the French crown jewels, including the Regent Diamond, the Sancy and the Hope Diamond, were stolen from the royal treasury in Paris, in 1792. Some of the jewels were later discovered, but the location of the Regent Diamond remained a mystery until it was found in a Paris garret, hidden in a hole under the roof.

Modern History of the Regent Diamond

After the diamond was found, it was used as security by the governing bodies created after the revolution. In 1801, the Regent Diamond was permanently redeemed by Napoleon Bonaparte, who used the gem to embellish the hilt of his sword during his coronation in 1804. In 1812, the diamond appeared on the Emperor’s sword again, this time mounted by the goldsmith Nitot.

After Napoleon was exiled to the island of Elba, his second wife Marie Louise of Austria took the diamond back to Austria. Later her father, Emperor Francis I of Austria, returned the Regent Diamond to France, where it again became part of the French Crown Jewels.

After Napoleon III was defeated at the battle of Sedan in 1870, he and his family went into exile in England. Most of the French Crown Jewels were sold at an auction in 1887, but the Regent Diamond was preserved as a national treasure and exhibited at the Louvre since then.

During world war II, the diamond was sent to Chambord, a village in central France and was hidden inside the chateau. After the war, the Regent Diamond was returned to Paris and put on display in the Apollo Gallery of the Louvre Museum.