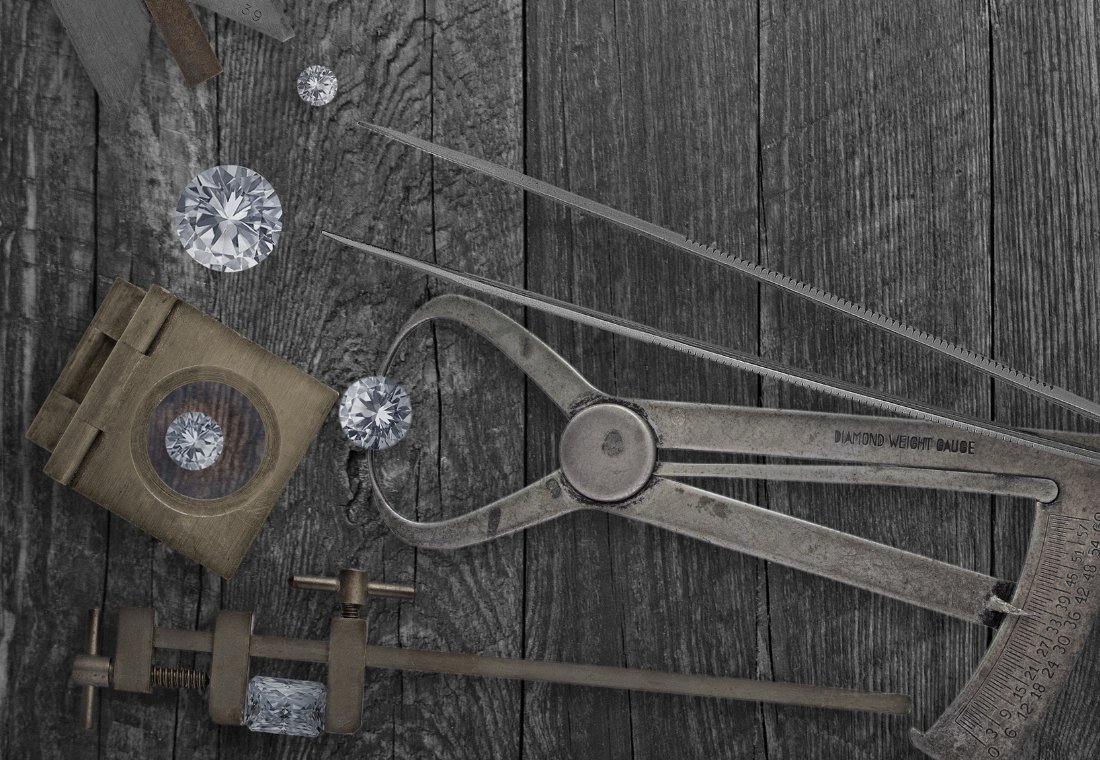 The History of the 4Cs of Diamond Quality

Colour, clarity, cut, and carat weight – collectively, the 4Cs of diamond quality define a stone’s quality characteristics and contribute to its value. However, there were not always standard terms used in the industry. Less than a century ago, merchants used different wording for describing the same feature until one man made a revolution in the 1940s.

The History of the 4Cs of Diamond Quality

We know that diamonds are graded for 4Cs, which represent their colour, clarity, cut grades and carat weight. However, before the 1940s, there were no consistent terms defining diamond quality, and any description was far too subjective.

Starting from the 16th century, merchants used inconsistent terms to describe the four elements of a diamond. The colour was usually described as “tint” or “tincture” when referring to yellowish diamonds and “river” or “water” when meaning colourless stones. The clarity was expressed as “without flaws/imperfections” or “with flaws/imperfections”, and in terms of cut quality, they used “made well” or “made poorly”. Carat was the only term used consistently starting from the 16th century to today; however, it was not equal to 200 milligrams or 0.2 grams until 1907.

In the early 20th century, Robert M. Shipley, a former retail jeweller in Wichita, Kanzas, decided to bring the American jewellery industry to a new level and established the Gemological Institute of America (GIA) in 1931. The facility was dedicated to research and providing gemological education to aspiring jewellers. In 1934, he established another organization American Gem Society (AGS), whose members were GIA graduates.

Shipley intended to give the diamond industry consistency and terminology. That is why he standardized the diamond value terms we widely use today and called them the 4Cs of diamond quality. These factors were easy to explain and remember, so they became a part of the industry vocabulary. While it is not known when exactly Shipley began to teach 4Cs, the term appears in newspaper articles as early as 1941.

How Advertising Affected the 4Cs

In the early 1940s, the Gemological Institute of America collaborated with De Beers to stimulate an interest in diamonds and education. Jewellers began to use the term 4Cs in articles and communication with their clients.

In a couple of years, Robert M. Shipley arranged with N. W. Ayer & Son, an advertising agency founded in 1869, to have their lecturer Gladys Babson-Hannaford travel around the United States educating jewellers about the 4Cs and how to talk about them to their buyers.

In 1954, N. W. Ayer & Son wrote an article “Secrets of the Diamond Expert” for JCK magazine, then the Jewelers’ Circular – Keystone. The story focused on the 4Cs and was meant as a speech for jewellers to use to address consumer groups. However, it was not until August 1962, that the term 4Cs of diamond quality became popular among jewellers and consumers.

Interestingly, De Beers, involved in the GIA advertising campaigns, did not adopt the term 4Cs until it became widely accepted. It was only with the popularity that they stopped using the term purity and started using clarity instead.

Today the 4Cs is a universal term referring to the four main quality characteristics of a faceted stone used by both merchants and consumers when selling and buying diamonds.