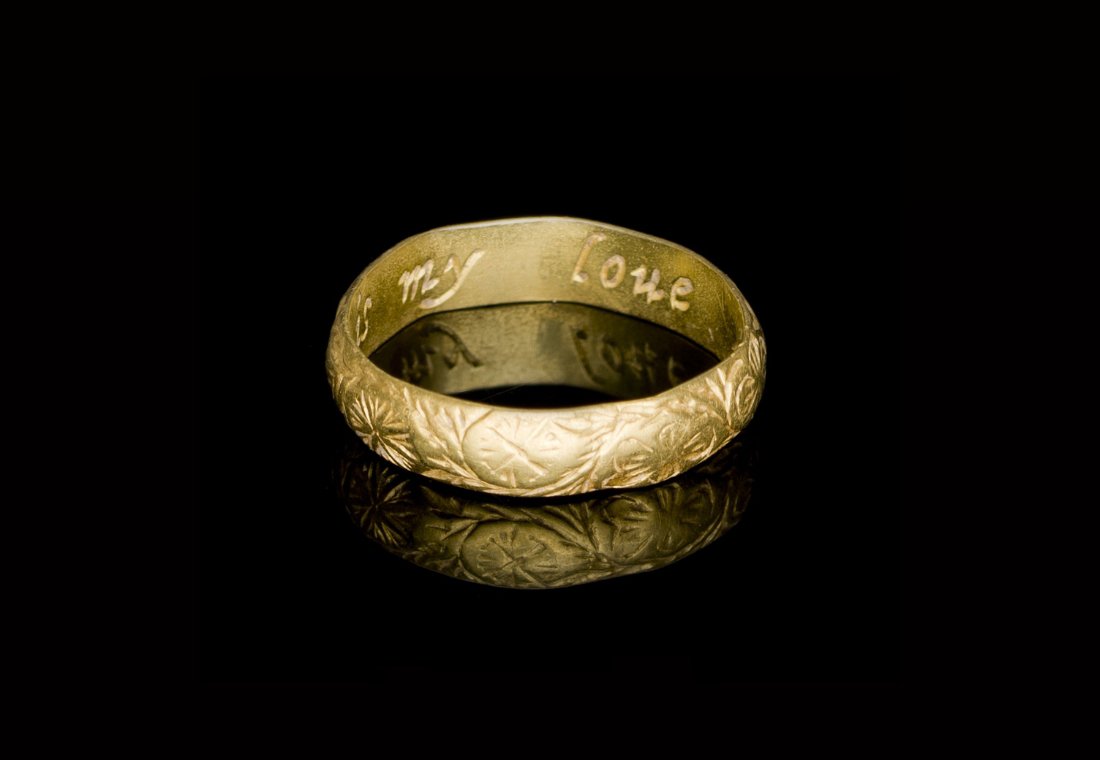 The History of Posy Rings

Long before today’s couples were engraving their engagement and wedding rings with initials, dates and short messages, lovers of old were engraving secret messages of passion, devotion, friendship and faith on posy rings.

The History of Posy Rings

Posy rings, also spelt posie, poesy or posey, are antique gold rings with a short inscription on their inner or outer surface. The rings derived their name from the French word “poésie”, meaning poetry, due to the short sayings of religious, friendly or amorous nature engraved.

Posy rings were popular from the latter half of the Middle Ages, which extended from the 15th to 17th century England and France. The quotes engraved were usually from courtship stories and books. However, in those times, religion was very much a part of everyday life, and it was common for religious texts and saints’ figures to appear on the rings alongside expressions of friendship and romantic messages. In that way, posy rings functioned both as talismans and gifts of love. Posy rings were also exchanged between kingdoms and religious houses as a sign of support.

The languages used for inscriptions were Old French, Old English and Latin. Until 1350, engravers used a script with rounded capital letters known as Lombardic, while for later examples, the Gothic script was used. Inscriptions often contained various motifs and enamel decorations. Interestingly, the rings from the Medieval period have the words engraved on the outer surface of the band, while the later rings feature engravings inside the band.

Posey rings were much like today’s personalized jewellery, holding a special meaning for the giver and the recipient. However, certain inscriptions appeared on multiple rings, which indicates that the goldsmiths had a book of phrases from which clients could choose.

Today there are very few jewellers designing posy ring lines because such rings are not that popular any longer. That is also why very few brands use the word “posy” in connection with new collections.

Nowadays, we do not call engraved gold bands posy rings, but we technically could as modern engraved rings feature inscription inside and have the same idea to personalize. The desire to personalize jewellery with engraved messages has never faded. It just transformed into something new.

True posy rings can be found in the hands of private collectors or museums such as the Victoria and Albert Museum in London and the Ashmolean Museum in Oxford, England.

Exchanged as special gifts with hidden messages, posy rings were composed before the English language was standardized. That is the reason why the words are found with multiple spellings on different pieces. Below is a selection of inscriptions on posy rings found in the Victoria and Albert Museum in London.

+ god be my help At nede

I AM YOURS KS

ACCEPT. THIS. GIFT/OF. HONEST. LOVE. WHICH. NEVER. COVLD/NOR. CAN. REMOVE.

All is thyn on this side time