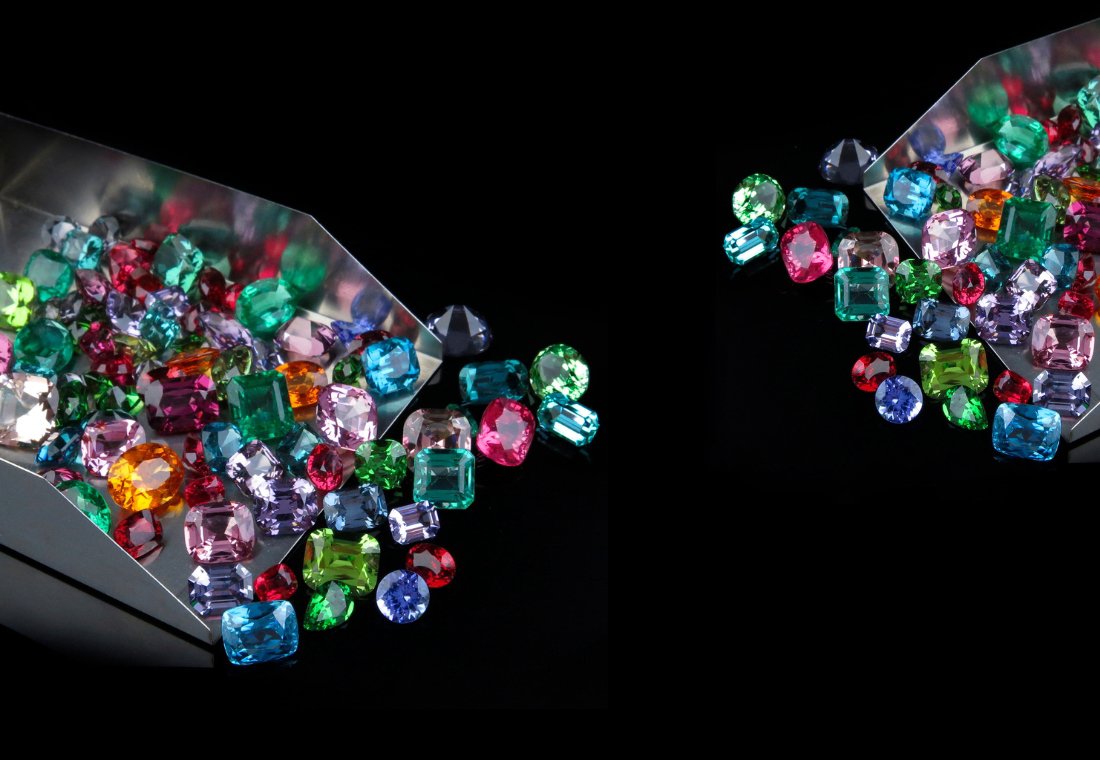 Difference Between Synthetic and Simulated Gemstones

What Are Natural Gemstones?

As the name suggests, natural gemstones are those formed in nature with no human interference. These gemstones are mined from the earth and discovered naturally occurring in water. Natural gems are rare and hard to mine, which is why they are much more expensive than their synthetic counterparts.

Natural gemstones that have been treated in some way to enhance their colour and clarity are referred to as enhanced or treated gemstones. Treated gems can also be referred to as genuine gemstones. This term is meant to show that the stone received some treatments (heat, chemicals, irradiation, laser, etc.) but is still created in nature.

When selling genuine gemstones, vendors are required by law to fully disclose if the gem has been enhanced regardless of the improvement type. That is why it is entirely acceptable to ask your jeweller if the gemstone you are going to purchase is natural and if it has had any treatments.

What Are Synthetic Gemstones?

Synthetic gemstones, also referred to as lab-grown, lab-made, man-made, created, cultured or cultivated gemstones, are stones made in laboratories. They are identical to their natural counterparts in their crystal structure, chemical composition, appearance and physical properties. The difference between natural and synthetic gemstones is that the latter is grown with human aid under controlled environments and commands lower prices because of their wide availability.

There are various methods of creating synthetic gemstones such as flame fusion, crystal pulling, flux growth and hydrothermal growth. Some of them are relatively inexpensive, others are costly, but all mimic nature with the presence of necessary chemicals, minerals, temperature and pressure to grow cultivated gemstones.

Due to their growth within a controlled environment, synthetic gemstones usually have fewer inclusions and whiter or more vivid colours than natural gems. However, depending on the growth process, lab-created stones may have the same inclusions and flaws found in natural stones, making them very difficult to distinguish from their natural counterparts.

It is worth mentioning that in the United States, it is required by law that any gemstone produced in a laboratory be described in a way that leaves no doubt that the gem was not produced naturally. However, the term “synthetic” is rarely marketed because many buyers associate it with “not real” or “fake”.

What Are Simulated Gemstones?


Simulated gemstones, also known as simulants and imitations, are stones used to imitate real gems. While they look similar to the real thing,  simulants always have different chemical structures and physical properties. A trained gemologist will always be able to tell a simulant from a real gemstone, even by visual inspection.

Simulated gemstones can be both natural and synthetic. For example, cubic zirconia is a lab-grown diamond simulant, while zircon is a naturally occurring diamond simulant.

It is worth mentioning that there is a group of simulants that are not even gemstones. Such “gems” are referred to as fakes and faux. They are typically made of plastic, glass, resin and dyes. Fake gems are mass-produced, cheap materials, and they are inferior to simulated and synthetic gemstones.