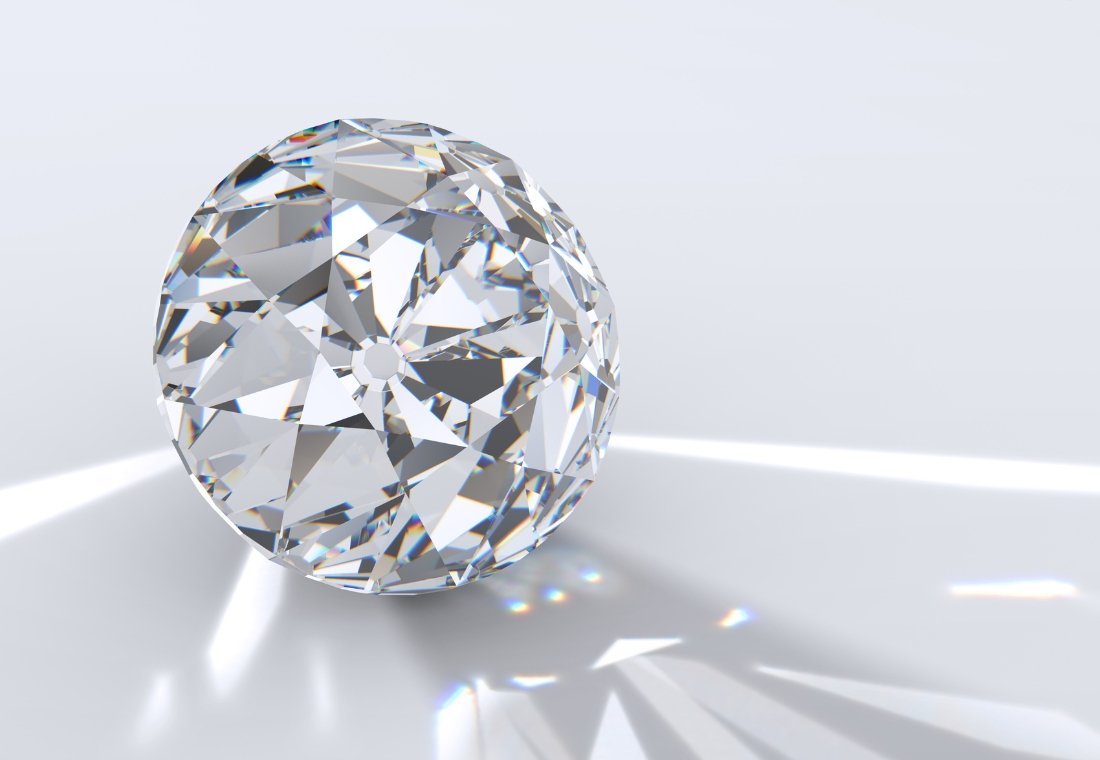 Old European cut diamonds combine the classic look of antique diamonds with several key characteristics. Popular during the Victorian, Edwardian and Art Deco periods, this cut creates a bridge between classic cuts such as the old mine and modern diamond shapes.

The history of the old European cut diamonds traces back to the late 19th century when diamonds were cut by hand, and cutters of the time used only their eyes to measure the precision of their work.

OEC was the standard round diamond cut of the time used in almost all ring designs made until the early twentieth century. Moreover, most antique jewellery from the Victorian, Edwardian and Art Deco periods featured old European cut, old mine cut, rose cut and single cut diamonds. Today European cut diamonds are very popular among vintage jewellery collectors due to their unique charm, interest and warmth.

Like any other cut, old European cut diamonds feature several distinctive visual characteristics that set them apart from antique and modern diamond cuts.

The old European cut and the modern round brilliant cut have some common features that make them look very similar; however, these two cuts also have noticeable differences that help to distinguish between them.

OEC diamonds have a smaller table compared with round brilliants. The table of an old European cut diamond tends to be 53% of the stone’s diameter or less, while an excellent table size of a round brilliant diamond should fall within the 53 – 58% range.

OEC diamonds have a higher crown compared with round brilliants of the same carat weight. They also tend to have deeper pavilions than similar size round brilliant cut diamonds. The reason for this is that old European cut diamonds were cut to retain more weight, rather than optimise appearance.

Old European cut diamonds always feature a large open culet that is visible from the table. The culet size of a round brilliant cut diamond can vary, although it is recommended to go with Very Small or Small grades as these fall within the “Excellent” range.

Similar to other antique cut diamonds, OEC diamonds usually have a rough girdle, while the majority of modern round brilliant cut diamonds have a faceted girdle.

Although both old European and round brilliant cut diamonds have a round shape, OEC diamonds are not that symmetrical because they were hand-cut before the invention of modern laser cutting tools.

The way round brilliant and OEC diamonds react to light is a bit different. The old European cut was primarily designed to showcase a diamond’s colour, while the round brilliant cut is designed to maximize a stone’s brilliance, meaning it exhibits more fire, brilliance and scintillation. However, diamond collectors around the world always mention the “inner fire” of OEC diamonds. They typically show larger face-up patterns of light and dark, while modern brilliant diamonds display a tighter mosaic of light and dark patches.