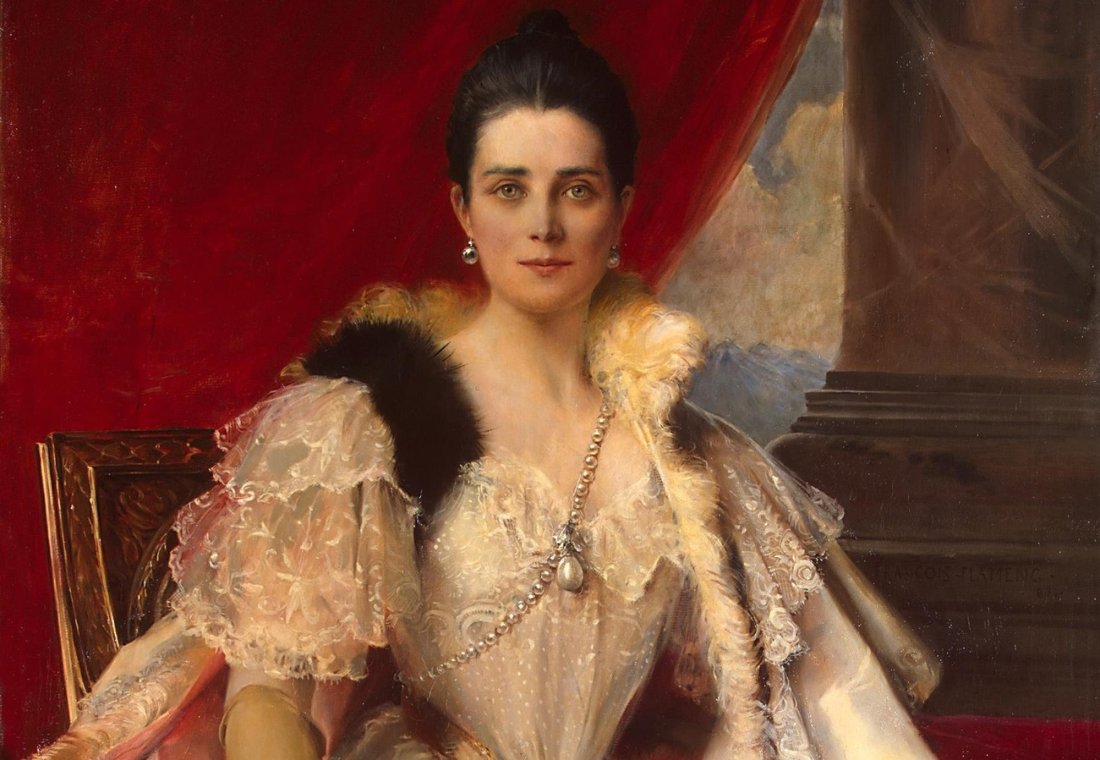 La Peregrina is one of the most famous pearls in the world, with a fascinating recorded journey of ownership that began nearly 500 years ago. Being worn by royals, infamous bloodthirsty queens, and an English-American actress Elizabeth Taylor, La Peregrina pearl remains one of the oldest and best-documented historical jewels today.

La Peregrina Pearl and Queen Mary I of England

The history of La Peregrina pearl is generally believed to trace back to the 16th century when an African slave found it on the coast of the isle of Santa Margarita in the Gulf of Panama in 1513. According to stories, the pearl was so impressive in size that the slave who found it was freed as a reward, and the gem was turned over to Don Pedro de Temez, the administrator of the Spanish colony in Panama.

The extraordinary pear-shaped jewel was one of the largest ever found pearls at the time of its discovery, originally weighing 223.8 grains (55.95 carats or 11.2 grams) and measuring approximately 17.5 mm by 25.5 mm before it was cleaned and drilled.

Temez carried the pearl to his homeland and gifted it to the future King Phillip II of Spain (1527 – 1598). The King presented it as a bridal gift to Queen Mary I of England, also known as “Mary Tudor” or “Bloody Mary”, who wore the pearl as a dangling pendant to a bejewelled brooch.

La Peregrina Pearl and the Queens of Spain

After Queen Mary died in 1558, Queen Elizabeth I of England returned the pearl as a gesture of pre-Armada diplomacy to the Kingdom of Spain. La Peregrina pearl entered Spanish Crown Jewels, where it remained for over 250 years and was worn by queens of Spain at significant historical events.

Queen Margaret, the wife of Phillip III of Spain (1578 – 1621), wore the pearl to the celebration of the peace treaty between Spain and England in 1605. Later the pearl was worn by the wives of King of Spain and Portugal Philip IV (1605 – 1665), Queen Isabel, and Queen Mariana.

According to beliefs, La Peregrina pearl carried a curse and ruined the love life of those who wore it. Queen Isabel was rumoured to be having affairs with her gentleman in waiting, the poet Peralta, who was murdered after a warning that his life was in peril.

After Queen Isabel’s death in 1644, the famous pearl passed to Philip’s second wife, Queen Mariana, who was King Philip’s 14-year-old niece. They had five children, only two of whom survived into adulthood and suffered from physical disorders as a result of inbreeding. Marianna died on 16 May 1696, the moment a total eclipse of the moon occurred in Madrid, Spain. Along with the death of Mariana, all the papers regarding the pearl were lost, and it was not until 1813 that the gem appeared in history again.

La Peregrina Pearl and the Bonapartes

The next mention of La Peregrina pearl was in 1813 when Joseph Bonaparte, brother of Napoleon Bonaparte, had to flee Spain after he was defeated by the Duke of Wellington. He took the pearl and some of the Spanish royal jewels and moved back to France.

In 1815, after the final fall of Napoleon Bonaparte, Joseph moved from France to the United States. Joseph Bonaparte died in 1844, and the pearl passed to his nephew Charles Louis Bonaparte, who would become Napoleon III, Emperor of France. While exiled in England, Napoleon III sold La Peregrina pearl to Lord James Hamilton, the second Duke of Abercorn. It was during this time when the pearl was given the name La Peregrina, which means “the pilgrim” or “the wanderer” in Spanish.

It is said that during the next few years, the pearl fell out of its setting at least two times because of its incredible size. The first time the pearl got lost in a sofa in Windsor Castle. The second time, it was lost during a ball at Buckingham Palace. On both occasions, the jewel was recovered.

In 1913 La Peregrina was drilled, cleaned and polished to secure it firmly to its setting. After drilling and cleaning, the pearl’s weight decreased to 203.84 grains, however, it remains one of the largest perfectly symmetrical pear-shaped pearls in the world.

The pearl remained in the Abercorn family for over a hundred years. In 1969 it was placed with Sotheby’s for auction.

In 1969 the pearl was sold at the Sotheby’s auction for $37,000. The buyer, Richard Burton, gave it to his wife, Elizabeth Taylor, as a Valentine’s Day gift during their first marriage.

When Burton bought the pearl, it was suspended as a pendant on a pearl necklace. Elizabeth decided to have the necklace redesigned, and the result was a breathtaking necklace by Cartier adorned with pearls, rubies and diamonds. The new design was inspired by one of the paintings of Queen Mary I, who was wearing the pearl as a chocker.

After Elizabeth Taylor’s death in 2011, her jewellery was shown on a world tour. In December 2011, the pearl was sold at Christie’s for a record $11,842,500 to raise funds for the Elizabeth Taylor AIDS Foundation. After four and a half minutes of bidding, La Peregrina pearl in its new setting was purchased by a private buyer from Asia.