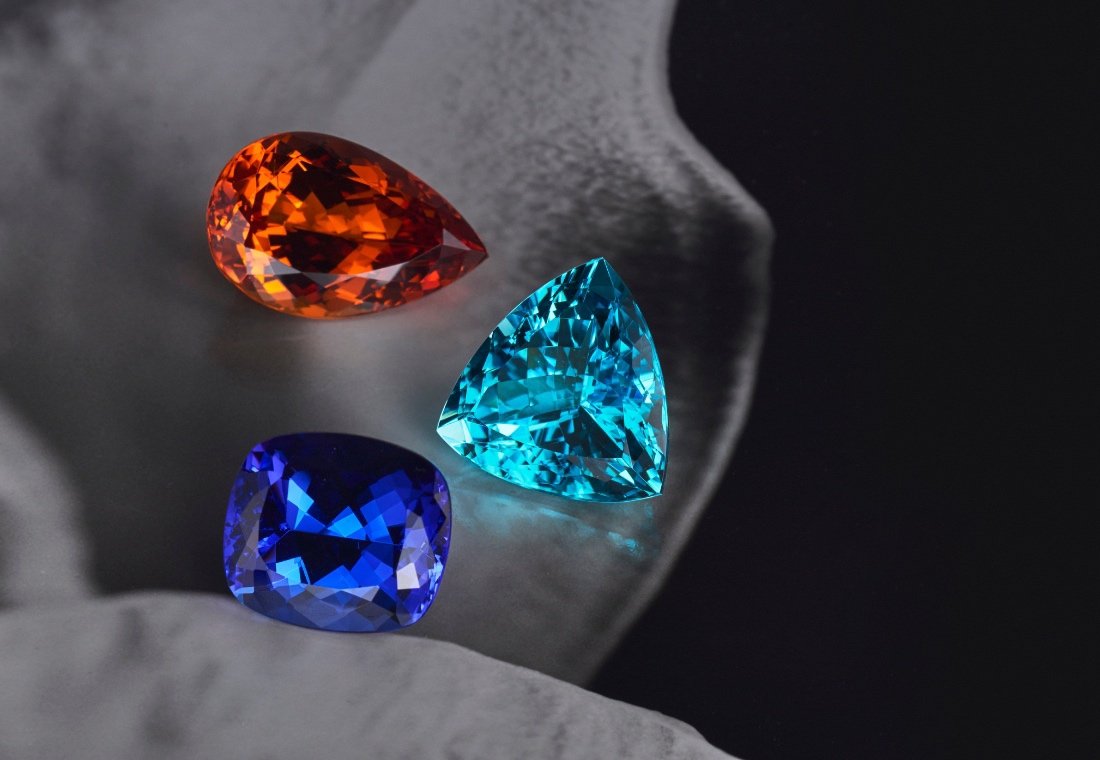 The refractive index and double refraction are some of the most important optical properties of gemstones used for identifying stones. With the help of proper equipment and knowledge of these characteristics, a specialist can easily identify a gem.

When light hits the surface of a transparent gemstone, it either gets reflected from the surface (bounced back) or partially refracted (bent and sent in another direction) inside the gem, depending on which angle the light ray approaches the pavilion facet.

Every gemstone has a unique refractive index, which is why every stone refracts light at a specific angle. The refractive index is a very important property of a gemstone as it dictates the proper cut for each stone to create brilliance, visual perception of refraction and reflection.

Gemstones crystallizing in trigonal, hexagonal, tetragonal, orthorhombic, monoclinic and triclinic systems cause a ray of light to get resolved into two rays travelling at different velocities. This phenomenon is called double refraction (DR). The numeric difference between the two refractive indices considering all possible directions and variations is called birefringence (BI), often indicated by the symbol “Δ” (Greek letter delta). However, this term is also applied to any variation in refractive indices, not just maximum.

When light enters a birefringent gemstone, the material’s atomic structure divides the light into two rays and allows only those two rays to vibrate in two specific directions. The two rays vibrate in mutually perpendicular and, therefore, polarized planes. Since both rays travel at different velocities inside the gemstone, they refract at different angles when incident other than parallel to the normal.

The strength of birefringence varies with direction, and we measure the maximum value, which differs from one gemstone to another. As a general rule, double refraction in gems is mostly weak and can hardly be observed with the naked eye. However, some stones have strong double refraction, which may result in the visual doubling of facets. For example, zircon is a strongly birefringent gemstone with a BI value of 0.059, while tourmaline has a medium BI value of 0.020. Strongly birefringent gemstones are cut in a way where the double refraction is least noticeable in finished gems, otherwise, they will appear blurry.

Refractive Indices and Birefringence Values of Gemstones and Minerals