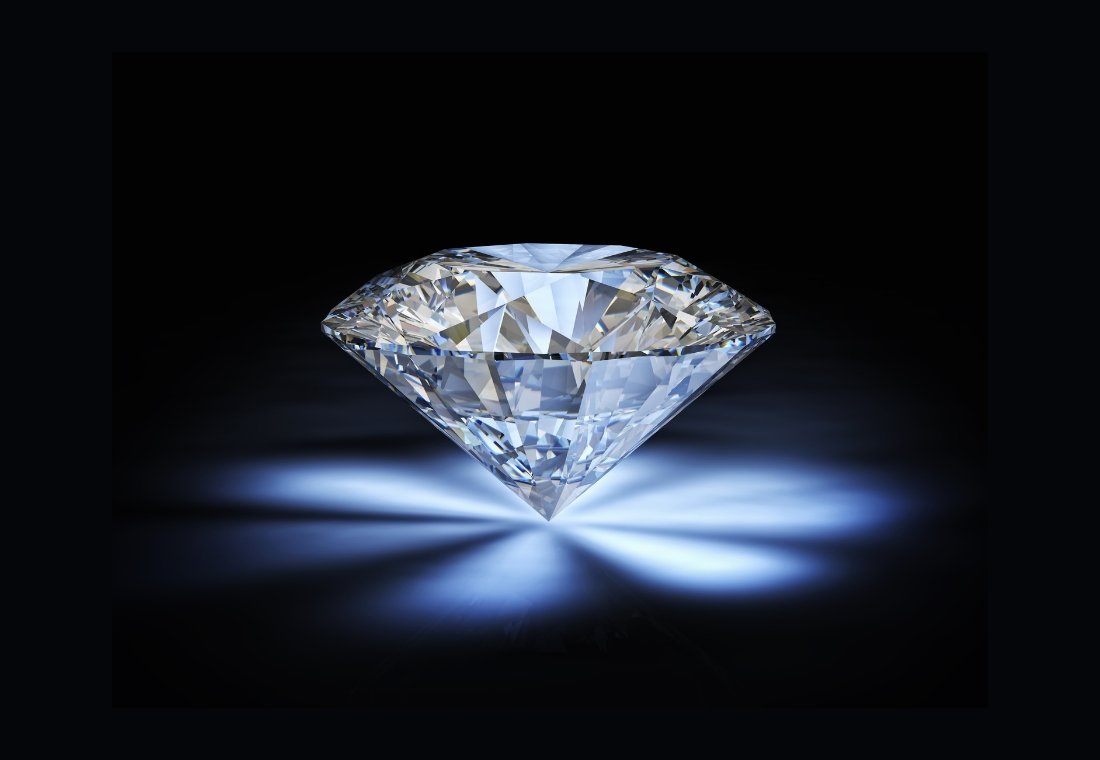 Diamond Fluorescence: Is It Good or Bad?

What is diamond fluorescence? Is it good or bad? Does it affect diamond’s colour and its price? Let’s go into detail and find answers to some of the top questions raised when shopping for diamonds.

What Is Diamond Fluorescence?

Diamond fluorescence is the ability of the stone to emit visible light and change its colour when subjected to ultraviolet (UV) rays from sources like the sun and fluorescent lamps. Once the UV light source is removed, the diamond stops fluorescing.

It is worth mentioning that not all diamonds fluoresce. Only around one-third of all diamonds exhibit some degree of fluorescence.

The cause of fluorescence is hidden within the stones. Diamonds contain different chemical elements, such as aluminium, boron and nitrogen, which react in the dark depending on their concentration and cause diamonds to glow.

Diamond fluorescence is an identifying characteristic that is described by its intensity. Depending on the level a diamond can glow, the Gemological Institute of America (GIA) describes a diamond’s fluorescence on the following scale:

To evaluate the fluorescence grade, grading laboratories use UV spectrum lights and a set of fluorescent diamonds for comparison. Every loose diamond (including fancy colour stones) with a GIA grading report has a fluorescence grade assigned. The information on this can be found in the “Additional Grading Information” section.

Diamonds with higher colour grades (D to H) with blue fluorescence are often considered less desirable. Some believe that blue may cause an oily appearance in these diamonds if the fluorescence intensity is very strong. In fact, not all diamonds with a very strong fluorescence grade look oily; however,  they all cost less than diamonds that do not have fluorescence. As a general rule, strongly fluorescent diamonds are considered to be negatively affected, which is why such diamonds usually have lower prices compared to similar non-fluorescent stones.

Is Diamond Fluorescence Good or Bad?

Fluorescence is neither good nor bad. However, the effect of fluorescence on a diamond’s colour is a controversial topic.

GIA has conducted a study on blue fluorescence and concluded that it does not affect the quality of the stone for an average observer. However, some jewellers claim that in their experience, diamonds that exhibit strong fluorescence tend to appear foggier. Others say that it does not have a significant effect on the appearance of diamonds. That is why you need to decide for yourself if a particular diamond looks good to you.

When shopping for diamonds, ask the jeweller to show the stone under both UV and normal lighting. Do not forget to look at the stone when it is exposed to daylight as well. Sunlight contains UV rays, which will bring out your stone’s fluorescent colour.

If a stone is fluorescent, compare it with a non-fluorescent diamond of similar quality and check if you can see any difference in colour, as the most important is to love what you end up with.