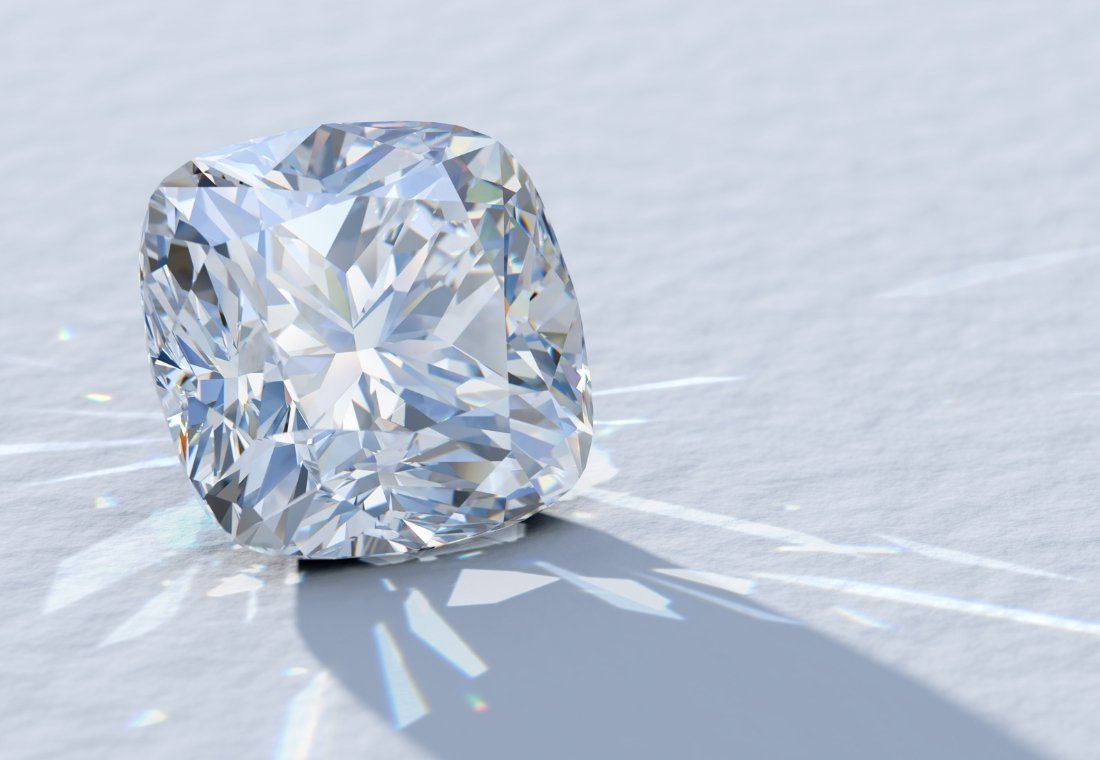 The cushion is a classic diamond cut that has been around for almost 200 years. As the most popular diamond shape for the first century of its existence, the cushion cut used to be the de facto diamond shape until the early 20th century. If you are interested in buying a diamond with an elegant and soft design, this cushion cut diamond guide is a must-read.

Although the cushion cut may seem to have a contemporary design, its history traces back to the 19th century. At the time, a diamond with a square shape and rounded corners was referred to as the mine cut after Brazilian diamond mines. Later, when diamonds were discovered in South Africa, the mine cut became known as the old mine.

As the most popular cut in the 19th century, the mine was not limited to diamonds. It was the de facto shape, and most gemstones were cut into it until the early 20th century.

As the name suggests, the cushion cut usually has a soft square or rectangular shape with curved corners resembling a cushion. The modern cushion cut has been modified over time thanks to the evolution of diamond cutting and cleaving processes.

The quality of the cut is the most important factor in maximising the brilliance and fire, meaning it greatly affects the appearance of a diamond.

While the Gemological Institute of America (GIA) and other lab entities provide cut grading for the round brilliant cut, they do not give a cut quality grade for fancy-shaped diamonds, including the cushion cut. This is because fancy shapes have many non-standardised facet structures, meaning they can be cut to a wide range of proportions. However, grading laboratories list information on polish and symmetry, which are some of the key factors in choosing a brilliant and sparkly stone.

When choosing a cushion cut diamond, make sure to pay attention to the facets of the stone and their symmetry. The facets on the right and left halves should have the same shape. All the points of the facets should meet, and there should not be missing or extra ones. Symmetry is the key to maintaining the overall beauty of the stone.

The colour of cushion cut diamonds is graded on a scale from D to Z, where D signifies a completely colourless stone and Z means an easily noticeable yellow or brown tint.

As a general rule, smaller cushion cut diamonds, those weighing 0.50 carats and less, hide colour better than the larger ones.  For this reason, depending on the size of a diamond you are about to buy, it is safe to choose a G, H, or sometimes even I colour stone to have a colourless appearance.

The colour chart below provides a general guideline for evaluating colour in cushion cut diamonds based on carat weight.

The GIA grades the clarity of cushion cut diamonds on a scale from FL to I3, where FL means a flawless stone and I3 indicates a heavily included diamond.

In terms of clarity, the cushion cut is similar to the round brilliant cut, meaning, due to the arrangement of its facets and the excellent light performance, the cushion cut tends to hide inclusions and blemishes fairly well, especially in comparison to step cut diamonds.

As a general rule, it is harder to see imperfections in smaller cushion cut diamonds than in larger ones, which is why you may opt for a lower clarity grade such as SI1 and SI2 if the stone is small enough to maintain an eye-clean appearance. Additionally, you can try to find a diamond in which inclusions are in the corners. These flaws are less noticeable, especially if they are covered by prongs.

The clarity chart below provides a general guideline for evaluating clarity in cushion cut diamonds.

The chart below serves as a guideline for evaluating the ratio of cushion cut diamonds.