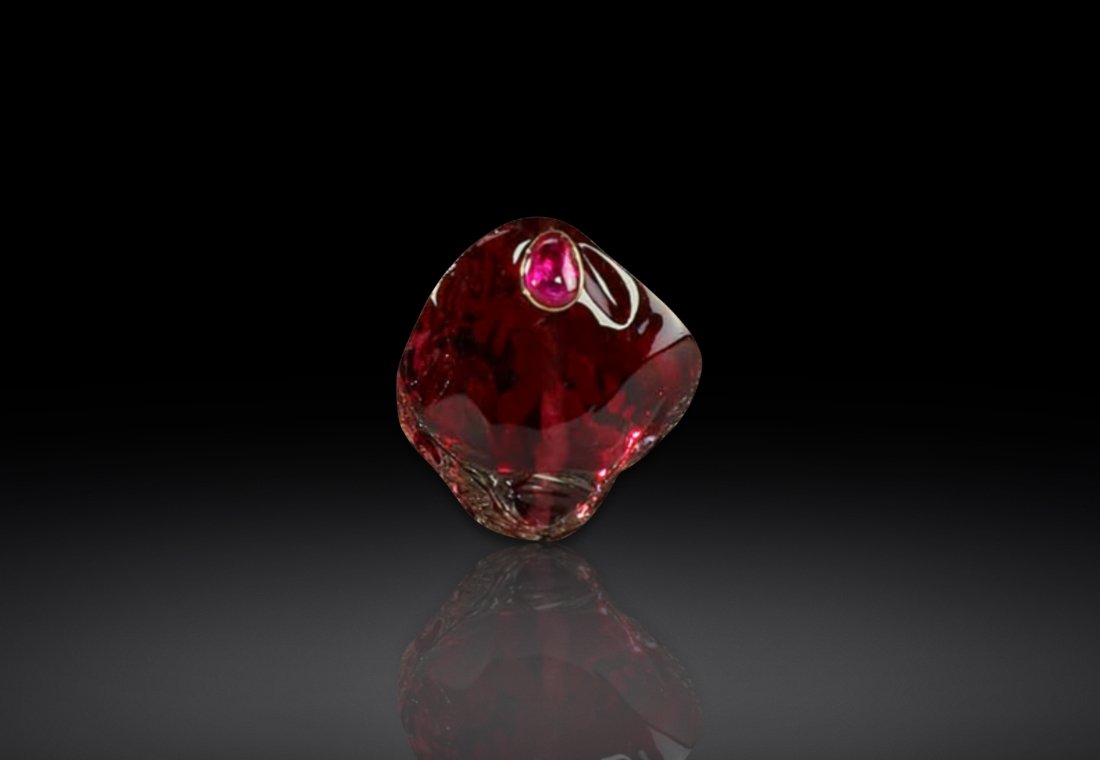 Precious gemstones have been objects of obsession for centuries. While many of them are believed to have healing and protective qualities, others are known for the mystery and intrigue they hold. One of these thrilling gemstones is the Black Prince’s Ruby which is neither ruby nor black.

The Black Prince’s Ruby and Don Pedro the Cruel

The Black Prince’s Ruby is believed to be mined in Kuh-i-Lal, Badakhshan’s famous balas ruby mines, present-day Afghanistan and Tajikistan. The gemstone was first recorded in the 14th century when it was stolen from the Prince Abu Sa’id of the Moorish Kingdom of Granada by Don Pedro the Cruel, the ruler of Seville, Spain.

According to historical records, Prince Sa’id was going to surrender to King Don Pedro when he was overtaking Granada, but Pedro had cruel plans. In 1366 Don Pedro welcomed Prince Sa’id and his attendants to discuss the terms of his surrender and murdered him.

After searching the Prince’s body, Don Pedro found a large red gemstone, the size of an egg, and took it into his possession. It was believed that the cruel murder sparked a curse that followed Don Pedro from that day. Moreover, the curse was said to bring misfortune and death to those who owned the gem.

Shortly after the Cruel acquired the gem, his brother, Henry of Trastámara (1334 – 1379), declared war on Castile for the right to rule. Don Pedro had to ally with Edward of Woodstock, also known as “the Black Prince”, to defeat Henry of Trastamara and gave him the gemstone as payment in 1367.

The Black Prince’s Ruby and the British Royal Family

The Black Prince’s Ruby reappeared in the hands of Henry V, also called Henry of Monmouth, who was King of England from 1413 until his death in 1422.

On October 25, 1415, at the Battle of Agincourt, King Henry V appeared dressed in his most splendid attire. His helmet was garnished with a crown set with rubies, sapphires and pearls, including the Black Prince’s Ruby. The helmet was more than a decoration; it saved the King’s life and helped him win a victory over the French forces. Since then, the precious gem passed through the hands of the British royal family, including Henry VIII and his daughter, Elizabeth I.

The Earl of Dorset described the stone in an inventory of the crown jewels. The gemstone was set in the crown of King James I, and the small hole at the top of the gem, drilled to wear it as a necklace, was capped with a small ruby. After the coronation of Charles I, the gemstone was not placed in the jewel house along with other treasures. That was a fortunate occurrence as if it was among them, the jewel would have been stolen along with other treasures when Cromwell took power and Charles I was executed in 1649.

According to the Parliamentary sales list, the Black Prince’s Ruby was sold to an unknown party and was bought back by Charles II, who nearly lost the “ruby” when the Irish Colonel Thomas Blood tried to steal the crown jewels of England in 1671.

Today, the Black Prince’s Ruby sits in the Imperial State Crown of England and is one of the most famous gems of the British Crown Jewels.

The Black Prince’s Ruby or the “Great Impostor”

Despite its name, the Black Prince’s Ruby is not a ruby, which is why it is known as “the great imposter”. The gemstone is actually a blood-red uncut spinel, which was named after the “Black Prince”, Edward of Woodstock, Prince of Wales.

At that time, all red transparent gemstones were thought to be rubies, and it was only through technological advancement in mineral studies that the Black Prince’s Ruby was discovered to be red spinel.

While ruby and spinel share some physical characteristics, ruby can be distinguished based on its hardness and density as it is slightly harder and denser than spinel. Fine red spinels are considered to be rarer than rubies and can often be even more valuable.

Being one of the world’s largest uncut spinels, the Black Prince’s Ruby weighs about 170 carats and has a length of almost 5 centimetres. The gemstone has a slightly polished surface with three faces and a drill that has been plugged with a small real ruby. The gem is mounted in the front of the Imperial State Crown, just above the famous Cullinan II Diamond, also known as the Second Star of Africa, and is backed by a gold foil to improve its brilliance.