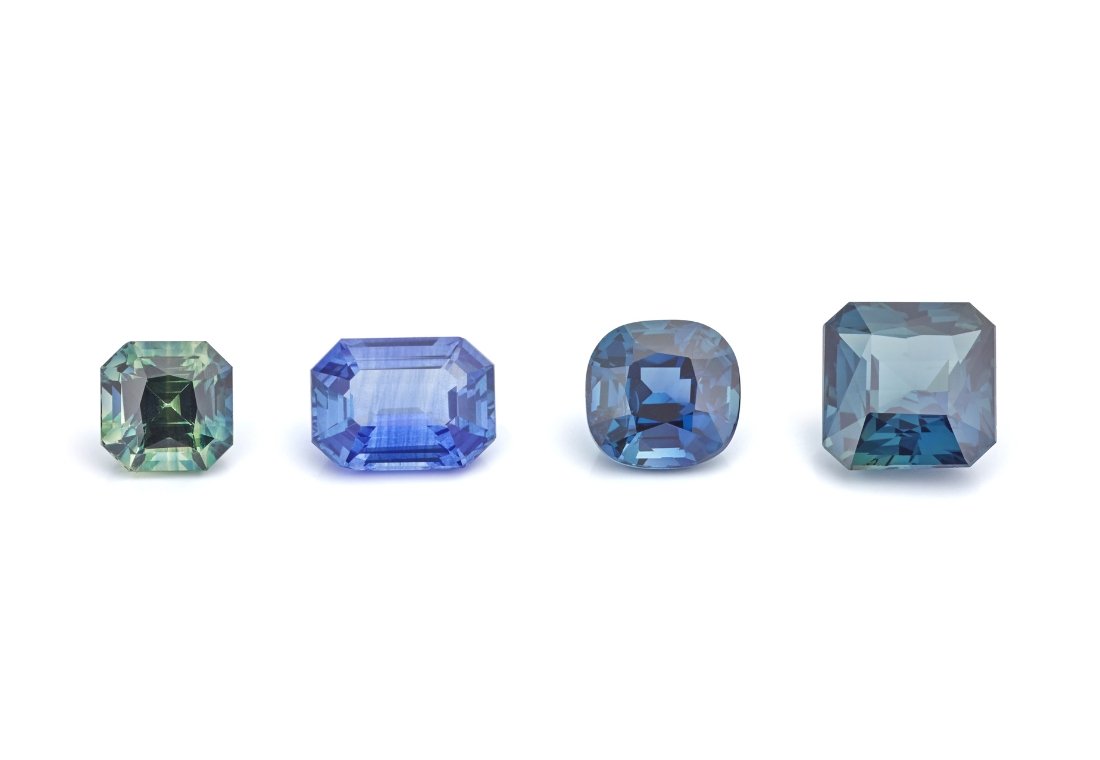 Australian Sapphire: What Makes It Different

Sapphire has always been a popular gemstone due to its beautiful array of colours. Yet few people realize that fine blue Australian sapphire is one of the rising trends in the market, which can favourably compete with blue sapphires mined in other areas.

Australia is home to one of the best varieties of sapphires in the world. The two main sources are New England in northern New South Walse and Anakie in central Queensland.

Sapphire was first reported from Inverell, New South Wales, in 1854. However, the first sapphire mining started in Anakie almost 40 years later. In 1873, surveyor Archibald John Richardson discovered green sapphires, which were thought to be emeralds near Retreat Creek, Anakie. He bought the surrounding land to develop the site but initially failed to find any market for these gemstones.

The site started to develop by the mid-1880s as a railway link to Anakie was established, and people became interested in its potential. In the 1890s most of the early production of Australian sapphires went to tsarist Russia through German buyers. In 1902 the Anakie area was officially proclaimed a mining field, and by 1913 two tons of sapphire and other corundum had been extracted.

With the advent of World War I and the collapse of Imperial Russia, mining was brought to a virtual standstill, and it was not until the 1960s that the demand for rough sapphires raised and mining at Anakie resumed.

The second major mining field in Australia is centred around the towns of Inverell and Glen Innes, which are generally referred to as the New England fields. Although sapphire was first found here, mining did not start until many years later, and it was occasional until 1959. As with the mining at Anakie, New England fields mining was not that successful until the early 1960s.

Australian sapphires have a unique appearance. The vast majority of gem-quality sapphires come in various shades of blue. These shades range from almost colourless bluish to rich royal blue, appearing almost black when cut. However, the greater portion of blue gemstones occurs as a medium to dark blue.

The second most common Australian sapphire colour is various tones of greenish-blue. This beautiful range usually occurs in light to medium and very slightly greenish-blue tones.

Other notable sapphire colours are yellow and green. The yellow variety ranges from light through intense yellow to strong gold and orange. The greens occur in a range of charming shades such as yellow-green, yellowish-green and brownish-green, with pale through almost black tones.

There are also pink, purple and mauve Australian sapphires, but these specimens are extremely rare. Also, there are colour-change sapphires, which change their colour depending on lighting conditions. Some stones show effects similar to those seen in alexandrite, while others change their colour from greenish-yellow to orangy pink.

Another attractive and valuable variety is parti-colour Australian sapphire, which shows coarse banding of green, blue and yellow within a single stone. There is a term wattle sapphire used to describe parti-colour stones that range from yellow with a touch of green to green with a touch of yellow. When cut correctly, wattle sapphire can rank as one of the most beautiful of the corundum family.

There are also star sapphires among Australian specimens, which usually come in black and bronze. However, they also occur in blue, blue-grey and occasionally green and gold.

The colour of Australian sapphires is often affected by silk, and it is especially true for the blue shades. While evenly siked gemstones can be cut as star sapphires, the beauty of common varieties is usually negatively affected by silk, making them appear dull and oily. That is why most of them are heat treated. Moreover, without heat treatment, the mining of Australian sapphires would not be commercially viable.